Born as a relatively modest project, the documentary, on a shoe-string budget, has become a much bigger item thanks to it's promoter Marco Ottini, Head of the Civil Protection Trainer Department of Bellinzona-Switzerland, and to Alberto Engeli, who propelled the enthusiasm of all the staff involved in the project.

There were 5 TV crews rolling at the same time on different locations in order to document every angle of this simulation: the rescue team at work, the ambulance rides,the police, the firemen the coordination headquarters, the civil protection, etc. Everybody, from the paramedics to the railroad staff, was involved in the staged action giving the film an impressive reality look.

The real-life sequences of the film were interwoven with a fictional plot following a group of people going from a peaceful day to the sudden emergency of a catastrophe. 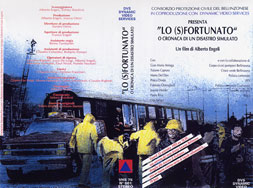